Qatar Airways recently launched a direct daily service to Dublin, Republic of Ireland, as part of its rapid global expansion strategy, with service to Nice, France, from 4th July, and flights to Skopje, Republic of Macedonia, on 17th July.

The new Prague and Sohar routes will be served by an Airbus A320 aircraft featuring 12 seats in Business Class and 132 seats in Economy Class. 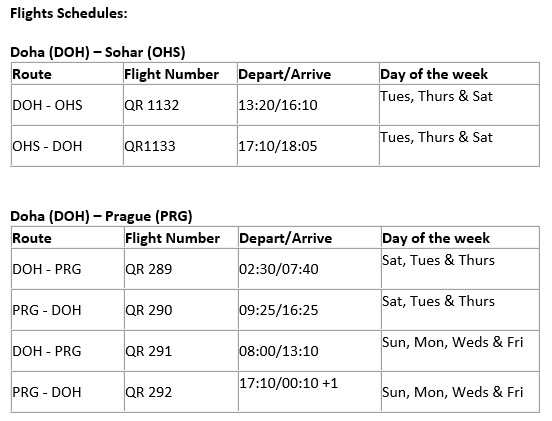 *As per Summer schedule.